What can be said about 2018 except that it went by very quickly for a shitty year that felt like it was never going to end? You know, because of The Everything. The Overwhelm. The Unrelenting Horrorscreams of living in this now with these people in charge.

I spent the year feeling like I should be doing more, then tallying up what I was doing—the phone calls, the postcard parties, the donations, the bowlathon, the fundraising, the election protection—and I still felt isolated, depressed, exhausted, convinced I wasn’t doing my share.

Saying it was a hard year feels selfish. All things considered, I’m doing better than a lot of people. And at least I can get regular therapy for the depression and anxiety that have been breaking my spirit like it’s their job (it is. They’re very good at it, and I think maybe they got promoted or something this year because they’re showing some admirable hustle).

I wanted to put a regular year-end Top 10 list together, but I realized that I probably haven’t even seen 10 movies in the theater this year, or 10 concerts, or even 10 plays, which is rare. I spent a lot of time alone indoors, declining invitations and indulging the worst parts of my introversion (I did kick the shit out of my Goodreads challenge this year, though—woo!). I quit Facebook, deleted my Tumblr, removed all my old Rubbernun sites, ditched Twitter (for a while) but check in sporadically because it’s weird being THAT disconnected but every time I look at Twitter, I can feel my depression getting worse—like a hand reaching into my ribcage and dragging me down. But there’s also WeRateDogs, so.

I just spent a lot of time in my head this year. It was not a wise decision.

When I did do stuff, I liked these things. Maybe you will also like them.

I don’t know. I guess that’s it. Here are some better year-end lists:

As a grocery chain is dismantled, investors recover their money. Worker pensions are short millions.

…although the sell-off allowed Sun Capital and its investors to recover their money and then some, the company entered bankruptcy leaving unpaid more than $80 million in debts to workers’ severance and pensions.

This Washington Post article is long and angry-making but totally worth the read. Never forget that vulture capitalism is a con, or as one observer notes in the article, “To anyone but a bankruptcy court, this looks like a swindle.”

Pensions are not presents. They are obligations, often taken by workers in lieu of higher wages. Employers who don’t pay them should be dragged screaming through the streets. But that’s just one lady’s* opinion.

*One lady descended from union hellraisers.

Hey, did you see that movie where Olivia Colman plays a queen who goes mad? Or maybe you liked that detective show she was on? Or all the great sketch shows she was on at the beginning of the century. Anyway, she’s a frickin’ genius, and you should watch everything she’s in. And now you can watch Flowers, which was on Seeso back when Seeso was a thing and is now on Netflix. There’s even a new Season 2!

If you like your comedy pitch black to the point where you will probably weep openly, this is the show for you. It’s very much a fable that could be set in the 70s or now or whenever (there are no cellphones or computers, and cassette tapes play a major role), but it’s also a heartbreakingly realistic depiction of mental illness and its impact on the people who have it and the people who love them. And children’s books.

What is glitter? GLITTER IS LIFE!

This NYT feature on the history, science, and cultural import of the greatest substance on earth is utterly delightful. It is also absolutely iridescent with fun facts and brutal truths:

This article in the Reader is some wrongheaded nonsense, and the fact that it came from one of the paper’s longtime theater critics, who really should know better, is baffling. But then, most people have dumb ideas about how nonprofits work, and I have an actual degree in this and have worked in nonprofits for a real long time. So listen up.

The belief that people who work for nonprofit organizations should make puny wages a) at all, and 2) regardless of job title or experience is flat-out poisonous. People who work for nonprofits definitely already make less than they would in the private sector for similar jobs across the board, from part-time office help to executive director. Social workers, music teachers, arts organization administrators, etc., tend to have advanced degrees that could command more money and benefits, but they also have a passion for their work, which papers over the cracks that come from taking a lower-paying job. Yet there’s always some busybody who thinks they can cherry-pick a salary off a Form 990 and accuse an organization of wasting money or overpaying employees or blah-de-blah. I’ve personally seen it at every level from psychologists who work with refugees (who were told they should volunteer their time instead of making, like, $40,000) to executive directors.

For example, Deanna Isaacs dings Robert Falls for making $570k as artistic director for the Goodman — a job he has held for 32 years at one of the city’s largest, most award-bedecked, best-known theaters. The Goodman has an $18.5 million annual budget, produces nine shows in its own two theater spaces, runs arts and educational programming in other locations around the city, and employs almost 200 staffers plus 250 contract artists and 500 volunteers. All of this info is available on the Goodman’s website, free for the taking. Any private-sector CEO with 30+ years’ experience running a company that large with that many people would make 10 times that salary. And no one is going to run the Goodman for 50 grand, or whatever Isaacs thinks is an appropriate wage (she doesn’t say).

Isaacs also asserts that executive salaries at arts organizations somehow are cobbled together from donations, completely ignoring ticket sales, grants, licensing, merchandise, concessions, and all the other sources of income a theater company might have. No, tiny donor, your $50 is not going into Robert Falls’s pocket. But the fact that you gave anything at all helps the theater get foundation money — grantmakers look at things like individual donations, even if those donations are small, when awarding the grants that fund individual productions and provide the overhead to pay everyone else’s salary and keep the lights on.

And I’m all for blaming every bad thing happening in the world right now on the 2016 election, but Isaacs’ assertion that six-figure NPO salaries in Chicago are Trump’s fault is. . . odd. I worked for the midwest’s largest social service agency from 2007 to 2011, and our director (also in the job for 30 years, managing 900 employees, 60+ programs in Chicago, plus a growing international presence that ballooned from three to 19 countries in the years I worked there) made more than $250k per year, which caused considerable gasket-blowing among the finger-pointers. But, I mean, for real. That’s a whole lot of job for the money. And it was long before our current nightmare.

What I’m saying is, no matter how little a nonprofit worker makes or how many hours they work or how much they do for their money, there will always be some dipshit who writes an article about how they’re still making too much.

So, yes. Support your local arts organizations and other do-gooders. And if you only have a little to give, a smaller theater or museum or charity can stretch those dollars further than the bigger-budgeted joints can. But all nonprofit work is worth supporting, no one should work for free, and there’s a huge difference between good oversight/stewardship of funds and some crank writing an angry missive in the paper.

Charlie Pierce gives the zombie-eyed granny starver the sendoff he deserves: Paul Ryan’s Career Ends as It Was: As Full of Sh*t as a Christmas Goose

Jesus H. Christ at a Friday night fish fry, is there no end to this man’s utter fraudulence?

Pierce also socks it to the Clan of the Red Beanie today:

Let us be plain. The institutional Roman Catholic Church as it currently exists is a prima facie international criminal conspiracy to obstruct justice.

A good thread on Penny Marshall, A League of Their Own, and Field of Dreams. Come for the righteous outrage, stay for the description of Field of Dreams as “drenched in sentimental spunk.”

The only Dick Cheney film I want to see is a documentary about his conviction for war crimes at the Hague. Who’s making that movie?

This is one of the finest damn songs ever written.

The first Pete Shelley song I remember hearing was his solo hit “Homosapien,” which was in heavy rotation when we first got MTV. A few months ago, I tried (and failed) to master the bass line of “Jerk” in my Merge Records Ensemble class at the Old Town School. I don’t usually think of Buzzcocks when I list my favorite bands, but then I remember how they’ve been a constant for me since adolescence and the songs that are still on my iPod because they are just so fucking good.

I hope he wiped the blood off. From his hands. Because he’s got blood on his hands. You know, from all the war crimes.

I can’t wait for the day when everyone stops treating him like a cuddly old granddad fart and remembers how he got us into two unnecessary wars that have killed and maimed hundreds of thousands of innocent people, solved zero problems, created lots of new problems, and oh we’re still fighting almost two decades later and probably will be forever. Werther’s is the new forget-me-now.

Seriously though, fuck that guy. 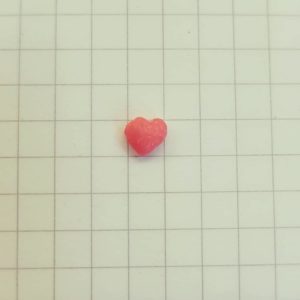 Imperfect nerd heart. Photo by me.

Good morning. I’m still trying to figure out exactly what to do with this new space. It’s all blank and empty and terrifying. After a decade of that instantaneous social media rush, which honestly was making me mentally and physically miserable (just ask my therapist!), starting to think in longer sentences and make space in my life for writing has been a relief, even if the transition is still a little rough. (“Oh, you’re addicted to nonstop cocainemeth? Replace it with this room-temp herbal tea. That you have to grow and harvest yourself. It’s . . . basically the same.” Or maybe exchanging a houseful of hungry tigers for a pet sloth. Or taking off the malfunctioning jetpack that burned all the flesh off your torso and just crawling into bed for a nap. Now I have time for handcrafting all these dumb analogies! Each day is a gift.)

Anyway. On to the serious questions. Is Mercury in retrograde every day or something? Because the people I know who believe in that use that excuse for everything (car problems, relationship woes, genocide) all the time. Also, why do people still think space rocks control their destinies?