Yeah. Weird, right? I hope you’re all (all of you, whoever you are) staying safe and good and well and sufficiently toilet-papered.

Anyway. There’s no good reason why I haven’t updated in a year, except for all the things going on in the world that make me want to curl into a ball and hide behind the furniture. But I figured I should at least update the semiprofessional part of the site with some fun work stuff I did recently—covering a Misty Copeland keynote for our annual conference (which was supposed to be in person but got canceled and then replaced with a new virtual event) and a super-fun interview with Samantha Irby, who is a stitch and if you ever get a chance to see her or talk to her or hang out with her in any capacity, you should absolutely make that happen.

Anyway, this Sports Boyfriend song has been my unofficial COVID lockdown jam. Enjoy!

I’m so sad that Janet Weiss left the band. If I had seen Sleater-Kinney as a teen, I am absolutely certain I would have become a drummer. My favorite spot to stand at their shows was anywhere with a clear view of Janet’s wild, precise, powerful drumming, her black bob shaking back and forth with the beat.

Obviously, S-K existed before Janet, and they may continue on without her. But this feels like Pixies-without-Kim-Deal territory again. Something vital is lost.

Inspired by the current episode of Hit Parade about Stevie Wonder, I looked up his amazing performance of “Superstition” from Sesame Street.

Today and every day, aspire to be the kid at the top of the stairs.

It’s been a big political week. I have a new alderman (yay!), and there’s gonna be a new mayor soon, too. Plus, I went to DC to meet my Congresswoman and tell her about libraries (oh, she knows).

Speaking of work, I wrote a couple of things recently.

But mostly I’ve been hiding from the cold, feeling blue, and getting older.

But in honor of Team Dresch getting back together and rereleasing a bunch of stuff and touring (!) again, here’s the song I put on all your mixtapes from 1995–2006. 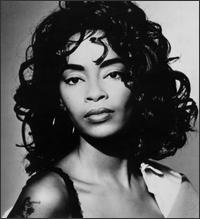 Last night I dreamed I was watching a music show called “Punch and Jody” in which the latest records were reviewed by a Punch puppet and Jody Watley.

How conversations generally progress around our place:

“So, I’m thinking when I dehydrate the lemons and oranges today, I’ll put them in a glass container. The ones I have seem to be absorbing the plastic taste from the plastic container.”

“If only you could make a container out of dehydrated lemons.”

“And then they could make the plane out of the black box!”

“And they could make the driveway out of the parkway, and make the hotdogs out of the buns, and people would never run out!”

“And then standup comedians would be out of a job!”

“And then Louis CK would starve and die!”

Janeane, what are you doing?

For most of the 90s, I honestly wanted Janeane Garofalo to be my best friend. But it seems like her friends are monsters, so fuck that shit.

All Lizzo, all the time.

I dreamed I was at work, editing a document in Word that kept making noises somehow. I kept zooming in on the text to see where the noise was coming from. I woke up to the neighbors’ fireworks and looked at the clock, and that’s how I knew it was midnight.

I am an exciting person.